This weekend a host of local broadcasters came together for our annual Christmas Concert to raise money for The House of Broadcasting. One year our fundraising efforts helped to create the House of Broadcasting Celebrity Media Cookbook. It’s a treasure trove of great heirloom dishes by your local television and radio personalities. One of the most delicious recipes in the book is an award winning chili recipe from Jack Clifford, the man who created the iconic Food Network. (More than 20 years later, about 90 million people agree that Jack’s idea was a brilliant one and changed forever the way we view food.) Jack’s scrumptious chili has won dozens of chili cook off awards. It kicks you with five different spices and yet has a smooth-as-silk finish on your palate. This chili’s base is a combination of beef chunks, ground beef and pork with plenty of onions and garlic! So, grab a big pot and get cooking, just in time for “chili” evenings!

If you’d like a copy of the House of Broadcasting Cookbook, visit www.houseofbroadcasting.com.

By the way, Jack used to say that the Department of Homeland Security had identified his chili as a WMID (Weapon of Mass Indigestion). But I say Clifford’s Chili it’s so good, it’s what the cowboys call MGS–Mighty Good Sop! 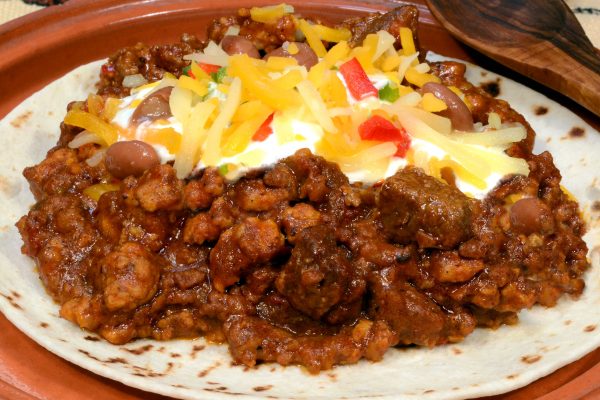