What makes a recipe on social media a viral mega-trend? If I knew the answer, I’d be a very happy gal! But for now, just finding these treasures is enough for me. So it is with this pasta dish. It’s the most pinned recipe on Pinterest with 2.8 million pins and 50,000 shares on Facebook. Wow! This better be good! Well, I became one of the millions who put it to the test, and my How to Video takes you step by step through the process. It’s a penne pasta one skillet meal with chicken, bacon, tomatoes and spinach in a garlic cream sauce. (They had me at one-skillet!) Is it that good? I’m going to let you be the judge. All I can say is its absolutely delicious and worth the effort! 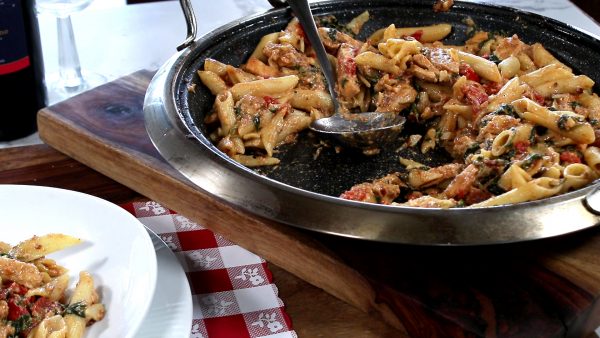