This is one of those recipes – you decide you’re finally going to give homemade glazed doughnuts a try. Then you sit down, pour a cup of java, purr like a kitten, and say, “Ah, now that’s a doughnut!” That was my goal when I set out to find a delicious homemade doughnut recipe. For me, it had to be the simple, classic, raised-and-glazed variety. And yes, it has to be fried to a light golden-brown and then drizzled with the old-school white glaze. Well, I’m purring like a kitten over these homemade delights. I’ll share the doughnuts with family. Just give me a bowl of homemade doughnut holes! 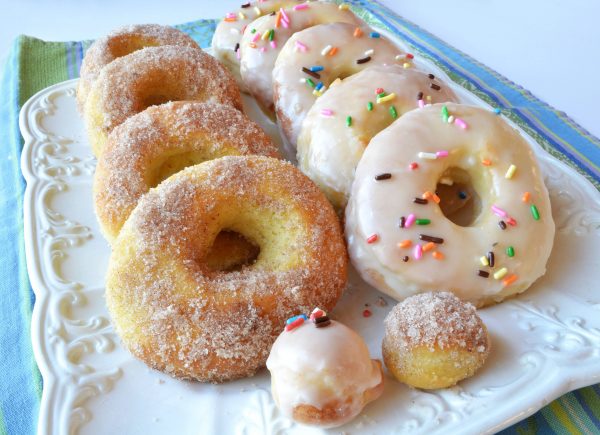 You can also dredge your doughnuts in sugar, or a sugar-cinnamon mixture as an alternative to the glaze.