This weekend’s Big Game will be one of the biggest snacking days of the year. So let me contribute to the munching mania with a really fun, simple, and ultra-transportable treat that you can whip up in no time – Cakes in a Jar! Yes, that’s right. I said jar. Half pint, wide mouth jars make perfect single serving cakes that you can bake up in the oven, cool down, seal, and take to the Super Bowl party. I’ll admit, I was skeptical about putting Mason jars in the oven until I researched and discovered that they are the same jars that you use for canning and are designed to withstand very high heat – sturdy enough to bake in! Then I found out that, although the Mason jar has been around since 1858, baking cakes in a jar is one of the newest baking crazes. With cakes in a jar, there’s no need to make up the batter to pour into the jar. Simply spoon the raw ingredients into the jars, add a slice of butter on top and the magic happens while baking. Then serve the tasty treats right from the jar. Here are two variations of my new favorite single-serve sensations.

Print Recipe
Cake in a Jar 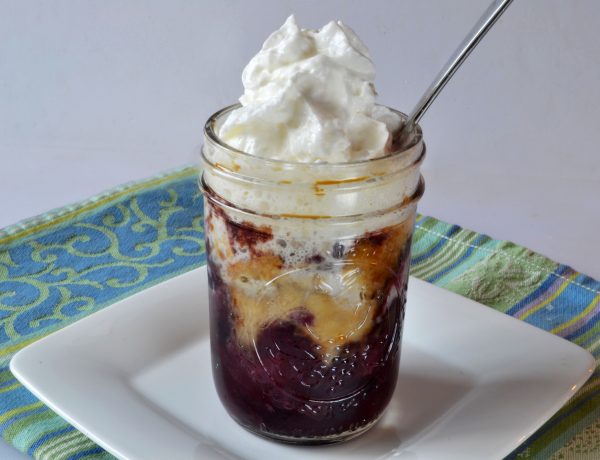