Slow cooking a roast in beef broth and… cola? Let’s just say cola is not an ingredient that immediately comes to mind when preparing a pot roast for dinner. Still, I was intrigued with the idea ever since I heard about how delicious it can be. Digging through my piles of “church cookbooks,” I started listing all the pot roast recipes using cola, and guess what? All recipes pointed to Emeril Lagasse’s version of Cola Braised Pot Roast in one variation or another!

That’s all I needed. Pot Roast for dinner tonight! I found an all-natural cola at the health food store, added one large onion to the pot (as written in one variation), and braised away. The outcome was fantastic. Falling off the fork, flavorful, and loaded with lots of liquid to make yummy gravy. Cooked it slow and low in the oven or in a crock-pot and serve it with some tasty mashed or roasted red potatoes, it’s a simple and scrumptious way to get dinner on the table tonight! 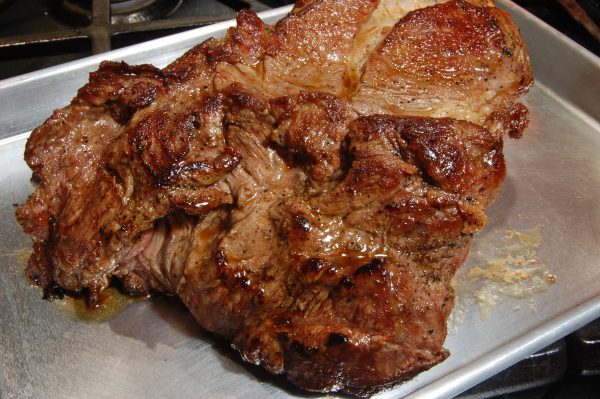