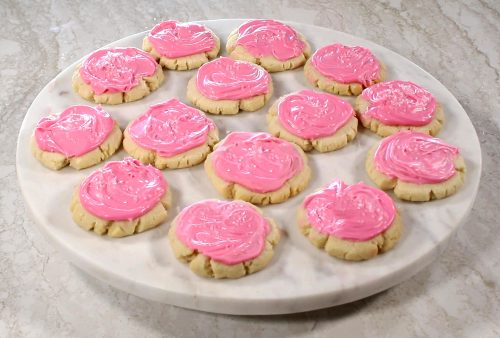 If you don’t want another cookie addiction, then maybe you’ll want to bypass this week’s column. If, however, you want to jump on America’s latest cookie craze, then you’ve come to the right place! Swig cookies, with their scrumptious pink frosting and craggy edges, are somewhere between a soft sugar cookie and shortbread, and they have certainly won our hearts! (To date, there are about 41 million search results for Swig Cookies on Pinterest. I’d say we are obsessed with these sweet treats!) The Swig cookie originated in Saint George, Utah in 2010 at the Swig Drive-by Drink Shop. Known for their signature frosty drinks and sweets, Swig has now expanded to multiple locations in Utah and several other states. The minute I heard about them I employed “The Niece Factor.” That’s when I make a big batch of cookies and drive them over to my nieces and wait for their response. With these Swig Cookies I got a text about 20 minutes later (before I even got home!) that the entire batch has been devoured. That’s good enough for me! I think you’re going to like these cookies. They’re fun to make and may even be worthy of a spot on your holiday cookie exchange platter this year. 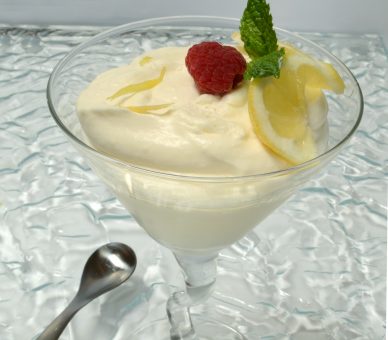 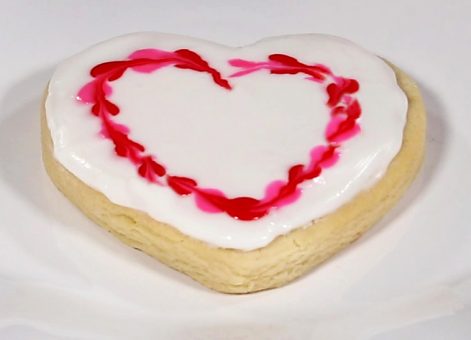 I received the cutest cookie bouquet this week, and it got me thinking about making a few of my own arrangements for Valentine’s Day. So what makes the perfect cookie for decorating? How about the icing? How can we make our own decorated cookies look like the pro’s? Well, it takes the right cookie dough recipe, the perfect royal icing and a few tips to get you off and running. After Valentine’s Day, this recipe will be great for Easter, Christmas or just because! For a step by step tutorial, I’ve included the link to my video!

Watch my How to Video for Decorated Cookies here! 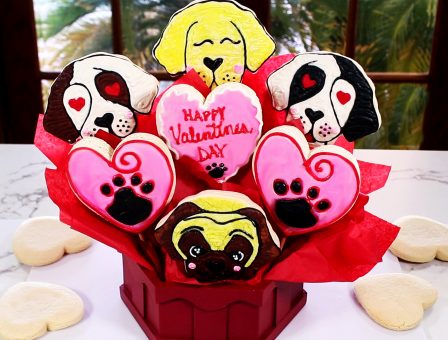 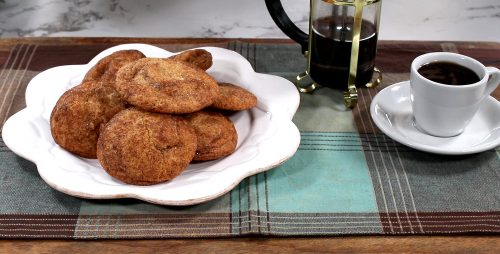 If you love a soft cookie with a dusting of cinnamon and sugar, it’s pretty hard to compete with the classic Snickerdoodle. The traditional cookie is slightly crunchy on the outside and soft in the center. As if Snickerdoodles aren’t addicting enough, this variation makes them even more irresistible! The center in this recipe has a cheesecake filling that really puts them over the top. It’s not a large amount of filling, only a small dollop of a combination of cream cheese, powdered sugar and vanilla. It’s just enough for you taste buds to say, “Well, well, well, what do we have here?” If you are a purist and just want a great traditional Snickerdoodle, this recipe is for you, minus the filling. On the other hand, I’m certain cheesecake lovers will appreciate the delicious surprise inside!

Watch my How To Video for Cheesecake Snickerdoodles here! 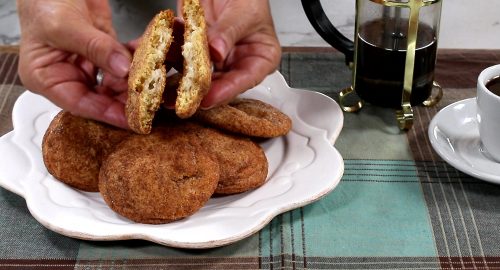