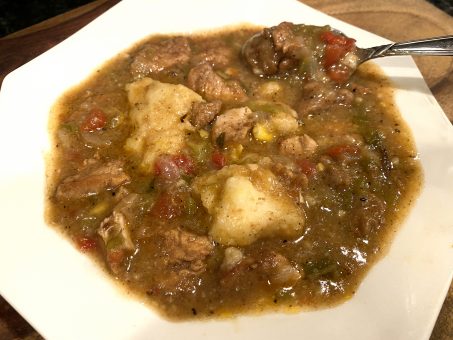 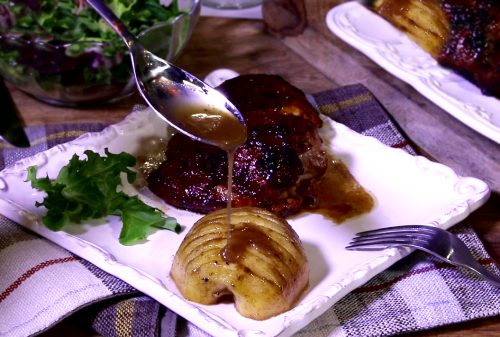 Here’s a tasty combination: Pan grilled chicken and glazed baked apples. This is the sort of one skillet deliciousness that you would expect when you visit grandma’s house! Plus, it’s the perfect meal to bring us into the fall. Normally when apples are served with chicken or pork, they are softly sautéed and served on the side. I love the way these apples look and taste. They are called Hasselback apples, the method of making lots of thin slices three quarters of the way down the apple. The result is a baked apple that has lots of hidden places for the glaze to go and each slice is just the right size for each piece of chicken! Since you probably have most of the ingredients in your kitchen cabinets, I say pick up some fresh skinless boneless chicken thighs and make this comfort food meal for dinner this week!

Watch my how to video for Skillet Chicken with Baked Apples here!